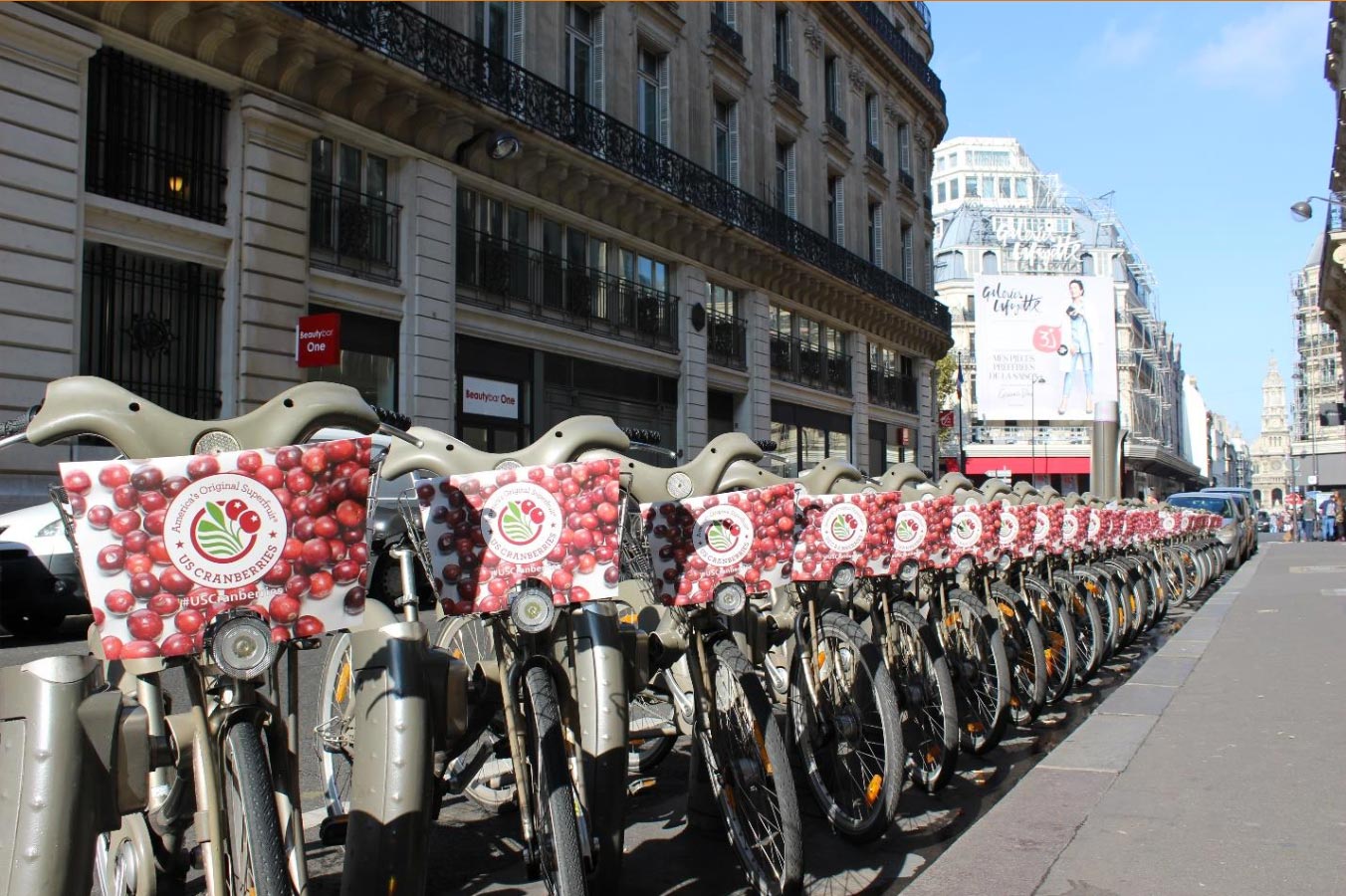 The bicycle baskets sported cranberry-themed covers and were equipped with samples of cranberries and promotional items. The cranberry-themed messaging could easily be seen by cyclists and pedestrians alike. In addition to the eye-catching visuals and giveaway items, the bikes held brochures providing nutritional information and tips for how to integrate cranberries into the daily diet. In total, the campaign had an estimated promotional reach of 2.9 million potential consumers. 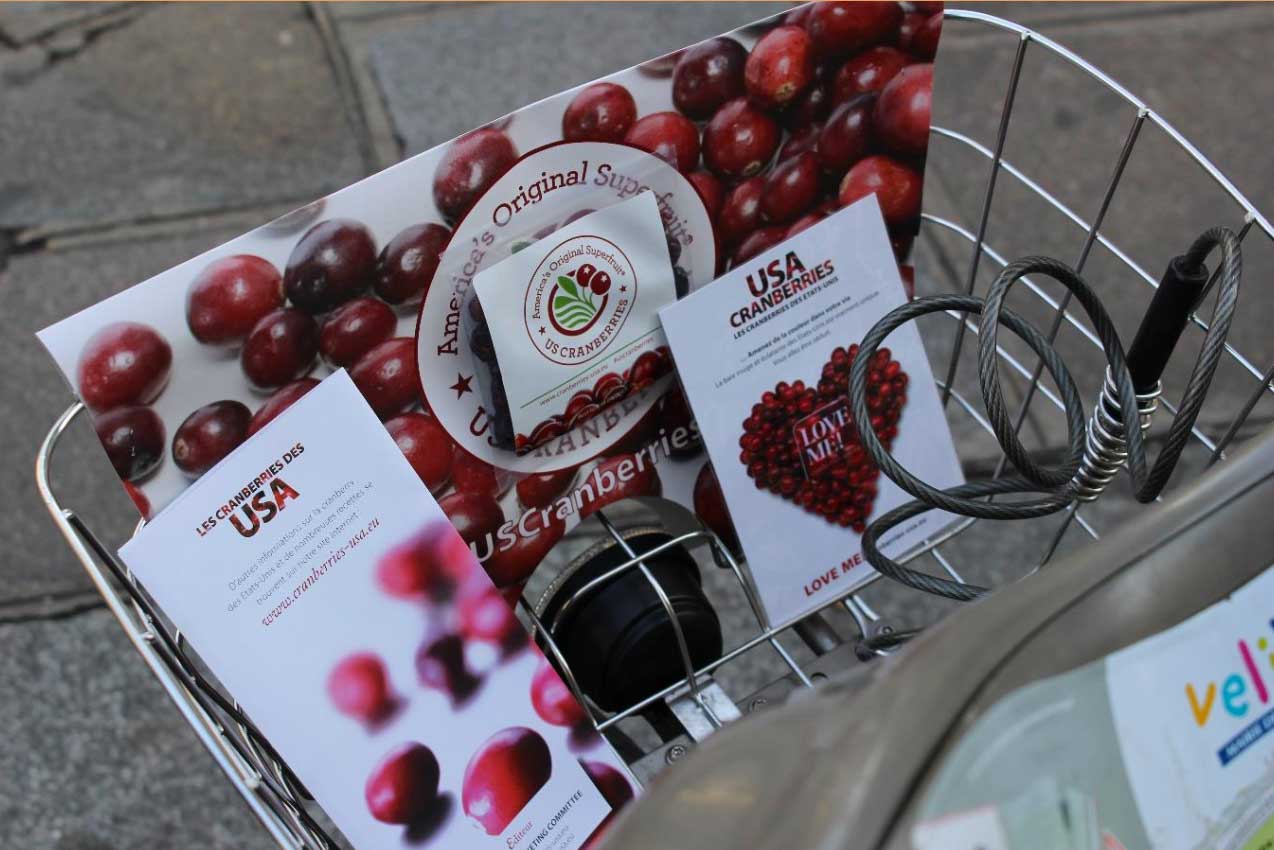